Drought, California, and You

California’s last drought was declared over in 2017- but did we speak too soon?

California has started off 2020 with two very dry months, and precipitation conditions are not expected to improve throughout the rest of February. This dry weather is partially due to a persistent high-pressure ridge in the eastern Pacific that has diverted storms into the Pacific Northwest, just as it did in the historic 2011-2017 CA drought. [i] According to the United States Drought Monitor, about one-third of California has been experiencing “abnormally dry” conditions, including the city of Berkeley. [ii] These conditions contribute to dryness slowing planting and the growth of crops as well as lingering water deficits. 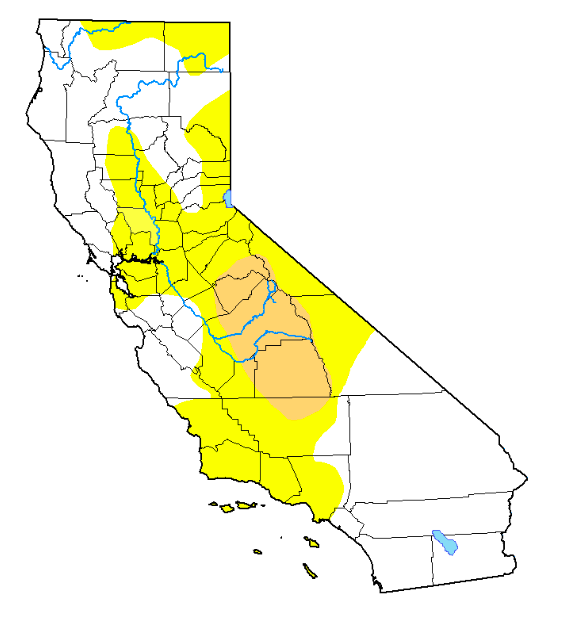 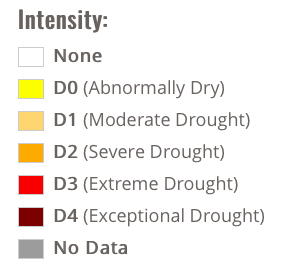 The dry vegetation and lack of soil moisture contribute to increased wildfire risk, especially as dry, windy, hot weather persists. [iii] Considering the deadly wildfires that have ravaged California counties the past few years, Californians have valid reasons to be concerned. 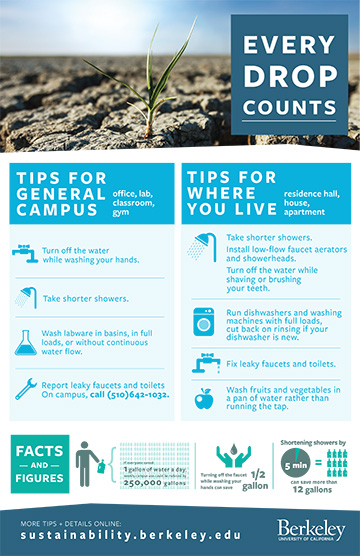 Still, scientists say that it is too soon to predict a drought, as it usually takes multiple dry winters to create the conditions necessary for drought. Fortunately, we have plenty of water in major state reservoirs, including Shasta Lake. [i] This water storage can help California sustain itself throughout the summer and fall, when the state receives little to no rainfall.

So, what do we do now? Droughts build incrementally, and their effects can be long-lasting and devastating-- thus, we need to act proactively. As a campus, we have been working tirelessly to improve the resilience and sustainability of UC Berkeley. In fact, the UC Annual Systemwide Report for 2018-2019 states that we met both the 2020 and 2025 reductions targets for water. In 2018, we hit the 2025 target, with 36% water use reduction over our 2008 baseline.

These are great achievements, but there is still more to do. Stay informed, get engaged, and take action yourself. And remember, every drop counts

[i] Kasler, Dale. “California Is Dry with No Rain in Sight. Should We Start Worrying about Drought and Wildfire?” Sacbee, The Sacramento Bee, 11 Feb. 2020, www.sacbee.com/news/california/water-and-drought/article240191292.html.